How To Play Telephone Pictionary

This group game could be used as an ice breaker game or just as a relaxed game.

It's a cross between Telephone and Pictionary.

Would work well in a whole group setting (depending on how big the group is) or with separate teams.

Divide the group into four even teams and give each team a phrase or random sentence (ie. "Three men chasing a giant cat." or "Broken pirate ship sinking"). The first person in the group needs to draw this (without revealing the phrase) and the second person needs to then write down what they think the sentence description is.

Then they need to pass this on to the next person and they need to draw that to the next person, and so on until each group member has had a turn. The last person of each team will then need to read out their final sentence description and see which team has the closest match to the original phrase. Can be really funny to see how the picture changed!

Gossiping, interpretation of the bible

This is not a bad ESL activity. Probably best used to introduce new topics.

Posted by Andrew 6 years ago

This game is the best! so much fun the kids just love seeing how their picture evolved at the end. Groups of about 6 work best any bigger and it can take a long time

Posted by Han 7 years ago

I played this game with my group of International students, which was fun because we used lines from nursery rhymes that wouldn't normally make sense (the cow jumped over the moon).

Here are a few tips:

2. I didn't try to play it in teams against each other, just had fun with one group, which worked just fine and was fun.

3. To avoid confusion, don't try to explain all the rules at first. Just explain each step as you go. I.e. draw what you see. Pass it to the next person. What is the drawing? Etc.

4. To really avoid confusion, have the terms on index cards, while the pictures are drawn on regular sized paper. So each round, you have to collect the index card or picture from the previous round before they get passed on. It's so much less confusing if you know that you are collecting the index card or the paper with drawing rather than sort out which paper they have you need to take away, so it doesn't get passed on to the next person.

Be organized in advance, and it can be a lot of fun. "The cow jumped over the moon" turned into something eating carrots. Humpty (an egg) sat on a wall turned into baseball and bat! But three blind mice became three teddy bears, and the mouse ran up the clock turned into the bird goes up a clock!

Posted by Vicki 7 years ago

Telephone Pictionary for iOS has now been released if you are interested! Feel free to pass this along to all those who love the game! http://itunes.apple.com/us/app/telephone-pictionary/id445636089?mt=8

Posted by Jonathan 10 years ago

Posted by Sonja 10 years ago

Thanks Shorty. That helps. Sounds like a great game.

Posted by Tim 10 years ago

Does that make more sense?

Posted by Shorty 10 years ago

Sounds like a fun game.I don't quite follow the instructions "then they pass it on to the next person........" Could some one explain?

Posted by Anna 10 years ago

Thanks for the ideo. God bless!

Posted by Nelo 10 years ago

i am going to be using this one..

Posted by kritika goundar 10 years ago

Posted by chengbest 11 years ago

Posted by Riaaz 11 years ago

This sounds like it could be fun! I'm going to try it with my group. Thanks for the idea.

Posted by Eva 11 years ago
Pin it 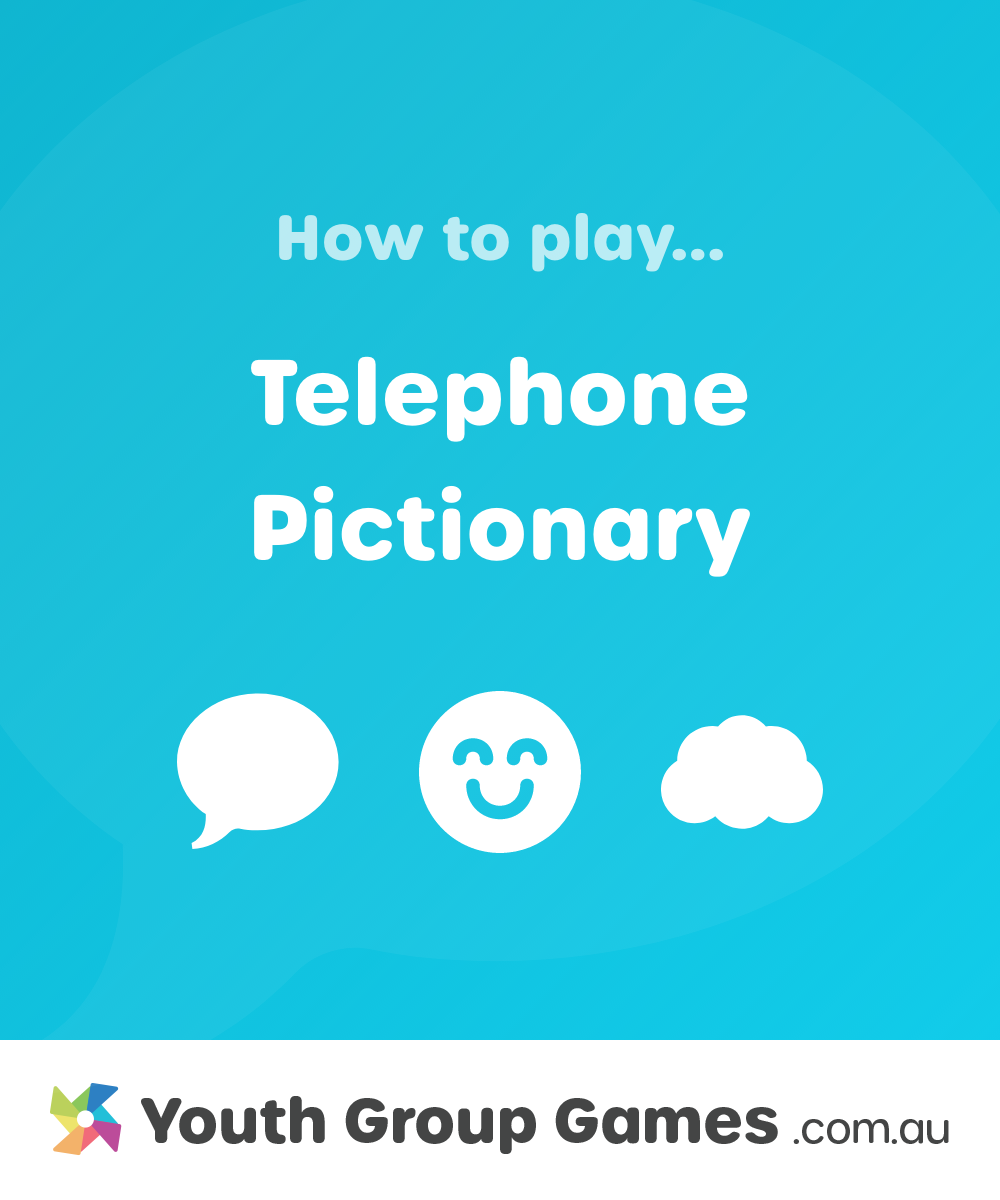