How To Play Mafia

Mafia is a classic campfire game played at many youth camps, summer camps and scout camps before. In some ways, it's quite a simple game but only after understanding the structure and complexities with how the different roles interact with one another.

Everyone will need to be sitting in a circle - this can be on the ground, on chair or logs around a campfire. Before starting the game, ensure all the rules and roles are explained clearly. The better everyone understands the game, the more straightforward the game will run.

Leader - the narrator and game-master who leads the game play and gives instructions.
Mafia - works in secret to take our villagers
Doctor - can save people
Detective - learns player identities in secret
Villagers - everyone else who will try to figure out who the mafia is and vote them out

Everyone sits on chairs in a circle with their eyes shut. The leader taps the head of a person or people who will be mafia. Then the leader announces next person to be tapped is a doctor, then the next is a detective. Now all eyes can open.

The leader (narrator) asks all to shut their eyes, then asks the mafia to open their eyes and point out who they want to kill. They close their eyes again.

Next the doctor is allowed to open their eyes. They point at someone to be immune to attack. The doctor then closes their eyes again.

Next the detective opens his/her eyes and points at someone who they think is guilty. The narrator nods yes or no to the accused for the detective. The detective then closes their eyes again.

Now, all eyes open. The narrator tells a creative story of the murder that took place last night. If the doctor saved the right person, they say the person was saved. If not, that person has a dramatic death scene.

Now the youth get to accuse people and try to plead their innocence. Eventually leader helps figure out who they think is guilty and puts the person up for trial. By a show of hands, see if a majority think that person is mafia. If so, and they are not mafia they die. If they are mafia, the town wins.

The game continues with murder after murder until any and all mafia are caught, or all the villagers are dead.

We play this one on trips or when needing a something to do moment with our youth group, only thing we change is we use a deck of cards and have one card for each person in the circle. The A is the killer, the K is the sheriff, the Q is the nurse and if we have a lot of kids, we use the joker who can be anything they want (kill, accuse, or save...just to throw in chaos) The students love this game!

Posted by Sarah 1 year ago

this game was so fun. i played it at youth group not in the dark but still it was so much fun. the best way to play is to tell your friend to stay with you and they do. it turns out that you are the mofia. you can get them to come with you and when you are alone with your friend you can get her and she has no idea what just happened.

Posted by hannah bone 2 years ago

Posted by hearmealay 3 years ago

Posted by fasilK 3 years ago

Be warned, this game is about the ability to deceive. For those youth groups where they have banned games such as cheat because they encourage deception this game should be on the same list.
But if this is not an issue with your youth group, then I hope you enjoy this game.

Posted by Wolfling 5 years ago

Fun game. Im a teen and have played this game many times with friends. Love it :)

Posted by Courtney 9 years ago

Fun game. Im a teen and have played this game many times with friends. Love it :)

Posted by Courtney 9 years ago

This game is awesome! It takes a while to play though

Posted by Evelyn 10 years ago

One the best games! It's only down-fall is that some people take a while to wrap their heads around the rules.

Posted by Ben 10 years ago

There is a very good description of how this game is played on Wikipedia. There are several variations. Enjoy! I love this game!

Posted by Lauren 12 years ago

We play this game too, but we use a deck of cards just incase people are prone to cheating. The King is the Cop or detective, the queen is at doctor, the ace is the mafia, and the rest of the cards are just towns people. My kids really love this game, and it is all about decieving.

Posted by Malory 12 years ago
Pin it 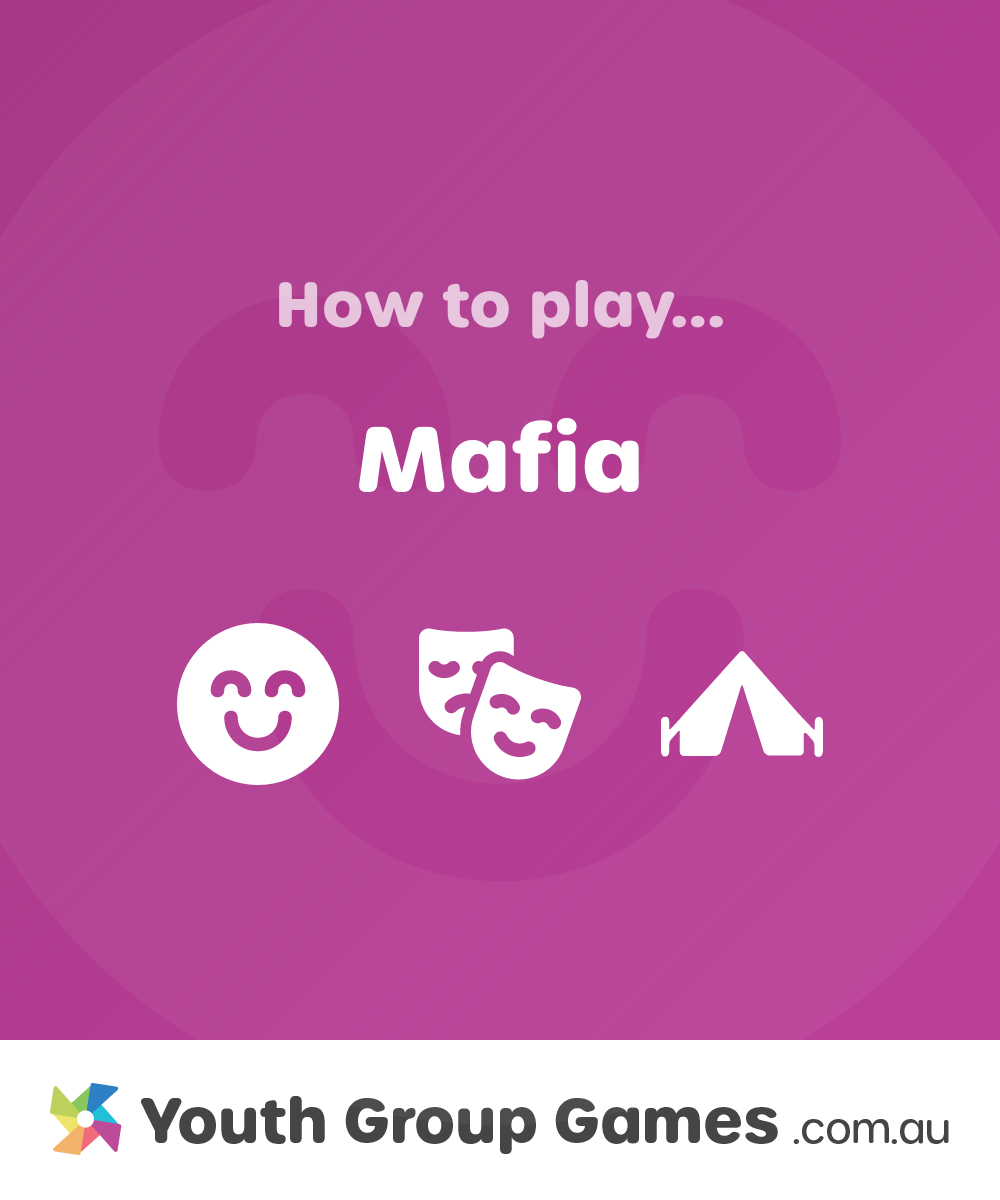