How To Play Sock Hockey

Line up 2 teams against opposite walls. Number them all off so each team has a set of matching numbers. Make sure there is a chair at either end of the playing hall to use as the goal, and set up the ball and the 2 newspaper sticks in the middle. Designate each team a goal to aim for.

Then have a leader call out a random number. If it is '4' then the 2 players with the number 4 run into the middle and grab a newspaper stick and have to hit the sponge ball into their goal to win a point for their team. If 2 players have been playing against each other for too long without scoring, feel free to call out a new number and the players will have to swap.

Get the team members who are sitting on the sidelines to chant loudly and come up with team raps!

How do you make the paper sticks?

Posted by Stephanie 5 years ago

Good point... it was just the original name I'd heard for the game. I think because you could use socks as the ball if you'd like. And sometimes it's a good idea to get kids to take off their shoes whilst playing, thus "sock" hockey. :P

Posted by Shorty 10 years ago

Posted by deuce 10 years ago
Pin it 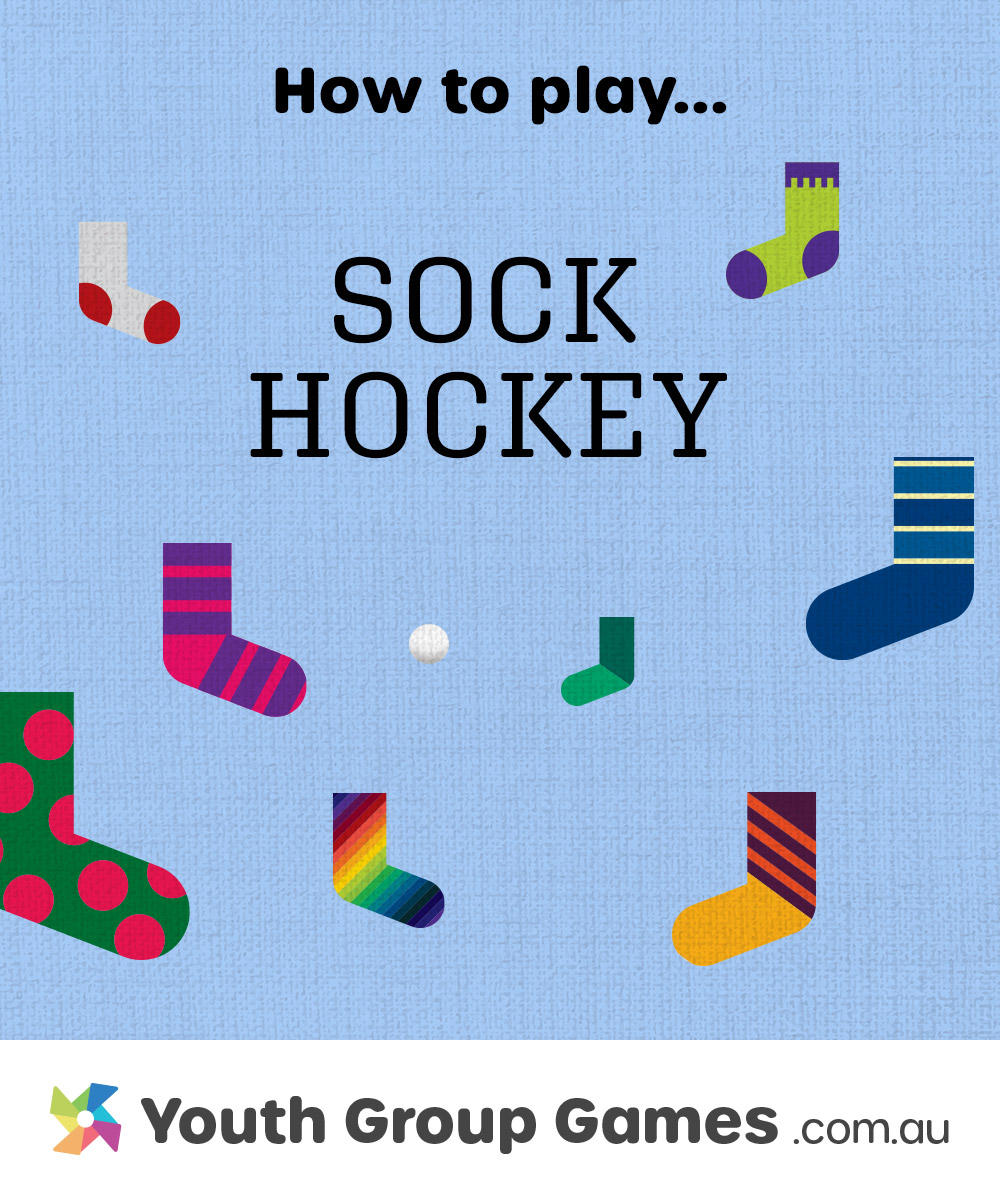