An active, no prep game for junior youth and small groups

How To Play Simon Says

Simon Says is a kids game usually played with three or more people. One person is nominated to be "Simon". They must stand at the front, facing the group, and begin to give instructions for simple taks. Some examples are: "touch your nose", "turn around", "shake your hand".

If Simon gives an invalid instruction and one of the players still does the action, Simon would call them out and they will be eliminiated. The game continues as more players are eliminated until there is only one remaining - the winner.

Simon can use various tactics to catch people out. Common techniques include saying valid instructions in quick succession and trying to slip in an invalid one without others noticing, and ensuring the provide a live demo of the required action regardless of whther it is valid or not. 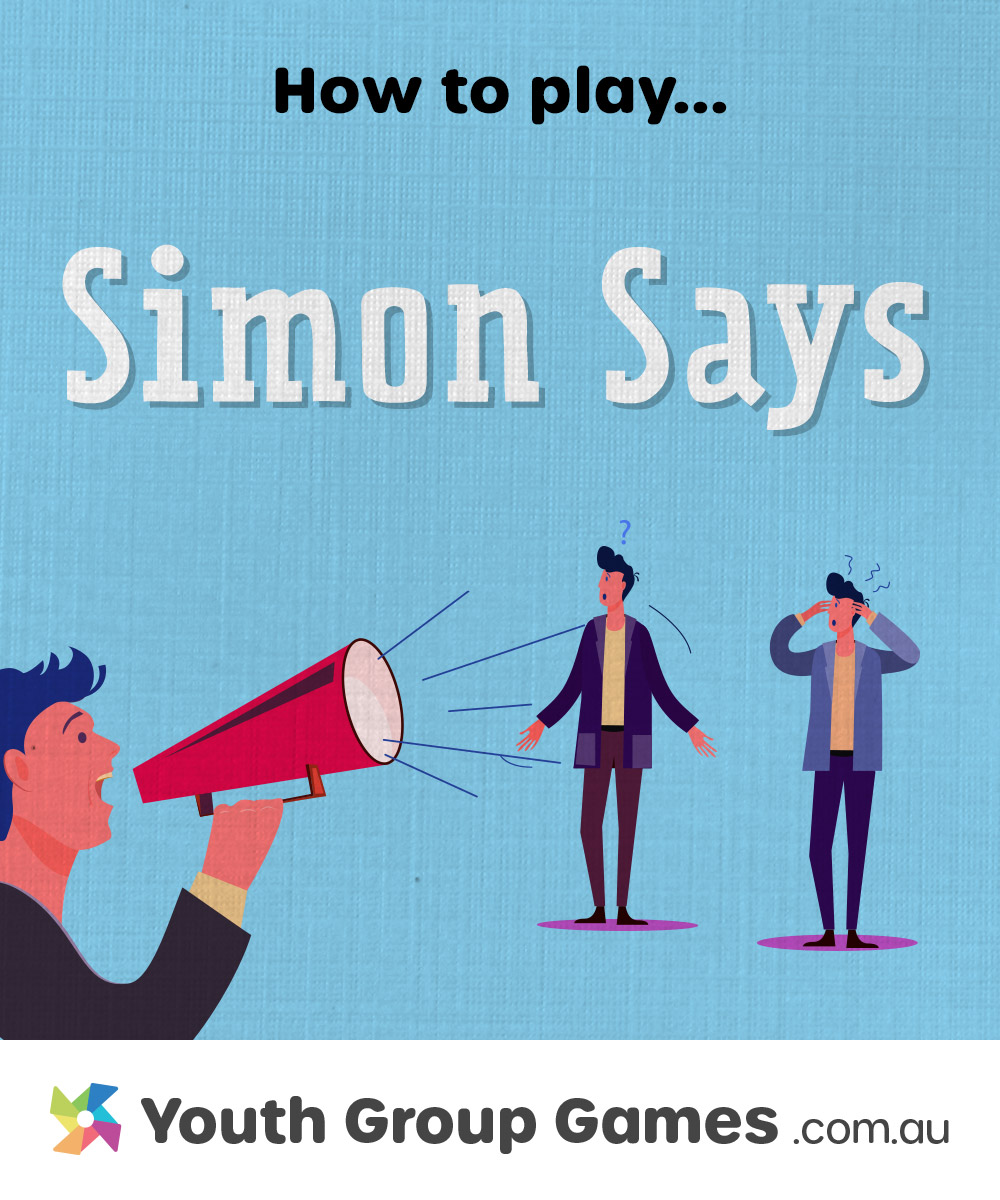