How To Play Giants, Wizards, and Elves

Ages: 10 and up. Recommended # of People: 20 and up (large groups work fine too!). Messiness factor: Might break a small sweat! Materials Required: None. Recommended Setting: Indoors or Outdoors.

Setup: Teach everyone how to become three characters: the giant, the wizard, and the elf. Each character features hand motions and a noise.

- For the giant, each person stands on their tippy toes, lifts up their arms, and makes an angry growling noise: "Roooar!"

- For the wizard, each person crouches a little bit, flutters their fingers as though they are casting a spell, and they make a magical noise: "Woooo!"

- For the elf, each person gets down very low on their knees, cups their hands around their ears, and makes a high pitched elf noise: "Eeeeee!"

Description: Practice each of the characters together a few times. Divide everyone into two teams and have them separate into opposite sides of the room. The game involves several rounds. For each round, the following takes place:

- Each team forms a huddle and decides to become a giant, wizard, or elf.
- Both teams then line up and face each other, about 5 feet apart.
- The facilitator says "3..2..1..Go!"
- Each team acts out the giant, wizard, or elf (whatever they decided to become).
- As soon as they act out their character, the winner tries to grab the loser and pulls as many people over to their side as they can. The loser tries to run away, back to their side, in order to be safe. The winner of each round is determined by the following.The giant defeats the elf because giants "squash"? elves.
- Elves defeat wizards by outsmarting them, chewing at their legs.
- The wizard defeats the giant by ?zapping? them with a magic spell.
- Identical characters are a draw (no one wins).This process keeps repeating for multiple rounds until one team is entirely consumed (or when time runs out.)

Variations: Other variations of this game exist ? or you can make up your own. Be creative!

Thanks our youth group will find this game hilarious!

Thanks,I think our group will have a lot of fun with this! 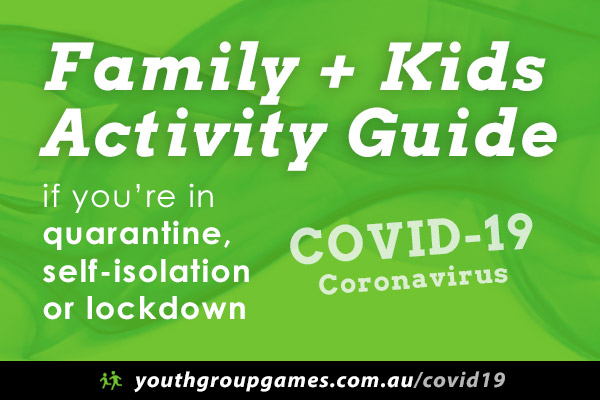