How To Play Capture the Flag

Capture the flag is one of the most popular wide games ever and is great to play on a youth camp in a location with plenty of running space.

1. Find a location to play. The ideal location for a game of capture the flag is a big area with lots of objects scattered around (so it's not completely open). A good option is a camp ground or in a forest. In the end, it can really be played anywhere, you may just need to adapt the rules for the game to be effective.

2. Get two flags (or similar objects) of different colours and hide them at either "end" of the playing field. Make sure they are relatively easy to find (ie. not buried under the ground).

3. Divide the group into two even teams.

4. Designate a home base at either end of the field where each team will start. Also designate the boundaries of the playing field and a half way way mark, splitting the field into two halves.

5. Of course, explain all the rules to the players and make sure they're all aware of the boundaries.

1. The aim of the game is for a team to capture the opposition's flag. This is achieved by finding the flag and bringing it back to your team's home base safely.

2. When a player is in their defensive half, they are able to tag a player from the opposition team. The player is was tagged must walk back to return to their team's home base before they are "in play" again.

3. If a player is carrying the flag, they can be tagged by the opposition team in either half. Once they are tagged, the opposition team must return the flag to their base straight away. The player that was tagged must walk back their team's base before being back "in play" as per normal.

Capture the Flag is a game that has been around for many years and there are many different variations of how to play it. Depending on your location, the people that are playing, the group size and the weather, you will need to tailor these options to make the game work well for your group.

Jail: Instead of having a tagged player walk back to their base before returning to play, you could have a jail (or two) and have tagged players go to the jail where they will be kept for a few minutes by a jailer (leader) before returning to play. A fun aspect of this method is that the jailer could make the player do something funny (make the jailer laugh, perform a silly dance, act like a chicken etc.) before being released.

Stuck-in-the-mud: Players who get tagged could be forced to stand still and be "stuck-in-the-mud" until someone from their team tags them free.

Water Balloons: Instead of a tagging system, give each team a bunch of water balloons. When a player is hit with a water balloon (and it bursts on them) they are "tagged". This could happen anywhere in the field and you wouldn't need to designate team halves. Great option for hot weather!

Enforcers: Add in a third team called "The Enforcers". This team would usually be made up of leaders/organisers and they wouldn't be trying to capture a flag but their aim would be to enforce the rules of the game, in a light-hearted manner. When/if they see a player disobeying the rules, they could "arrest" them and take them into jail for a few minutes. They could also do this for "not so serious" offences like "speeding" or "loitering"! Another punishment option is the firing squad - line up the player facing a wall with their back towards you and then get a few of the enforcers to throw water bombs at them (from a reasonable distance of course).

Secret Missions: Add in extra objectives for teams to complete to earn extra points or win in another way. You could hide some secret objects to collect which earn points. You could hide the flags really, really hard but have easily hidden clues which help each team find the flags. Be creative!

Team Uniforms: It's good to be obvious with the team uniforms but it's also an opportunity to be creative. Maybe buy a whole stack of cheap material in a certain colour and give this to the team - their activity could be to make their own uniforms before the game starts.

Remember, the capture the flag rules, combined with a bit of your creativity, can be the springboard for an epic wide game on your next youth group camp or summer camp. Go for it!

Amazing game!! loved every minute of it. please suggest more!!

Posted by Sage Cameron 3 years ago

Posted by Izabe 4 years ago

Posted by roxy 6 years ago

Posted by Gem dela pena 6 years ago
Pin it 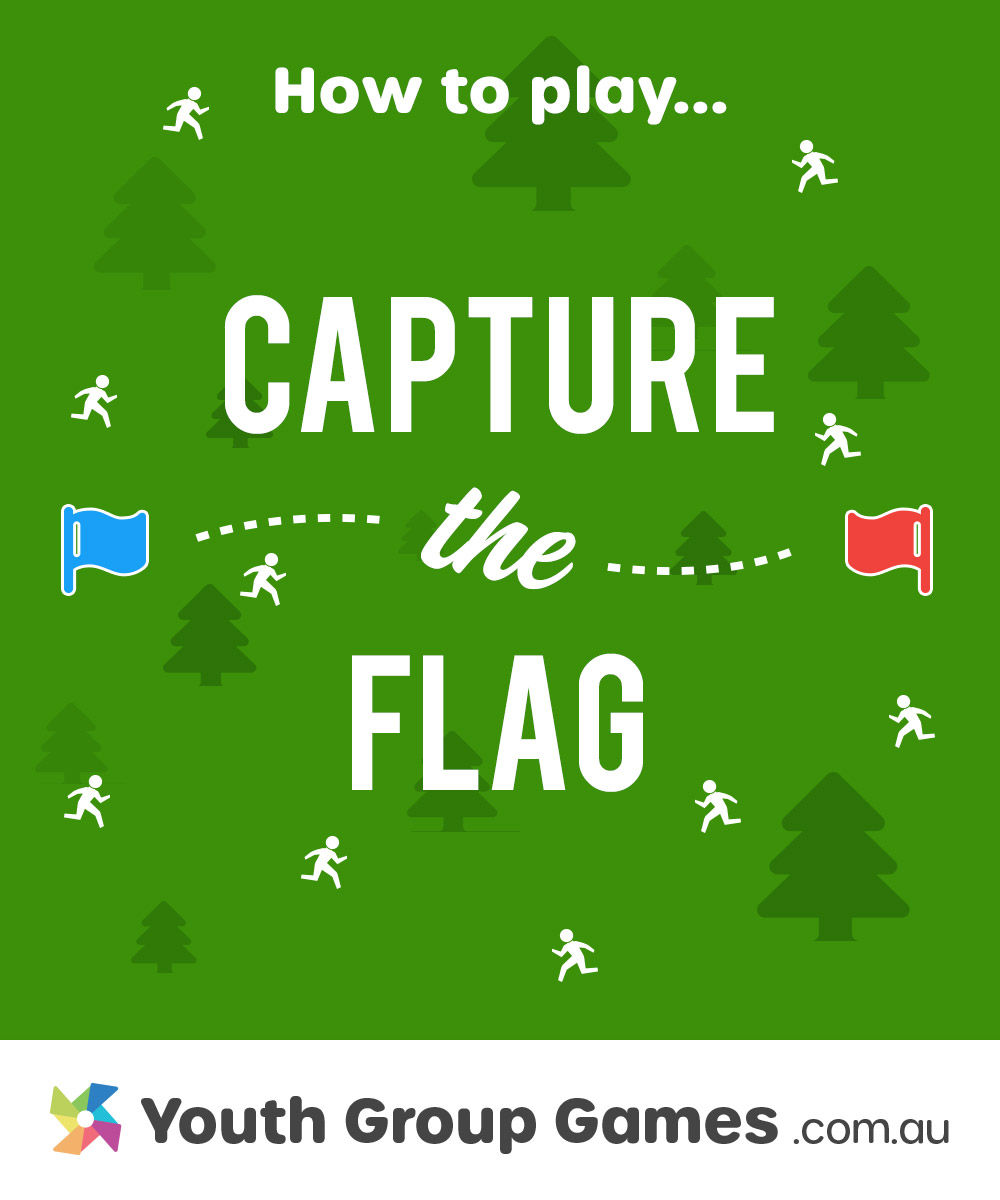